The Psychology of Clothes: Five Surprising Ways Dressing Well Helps You in Life 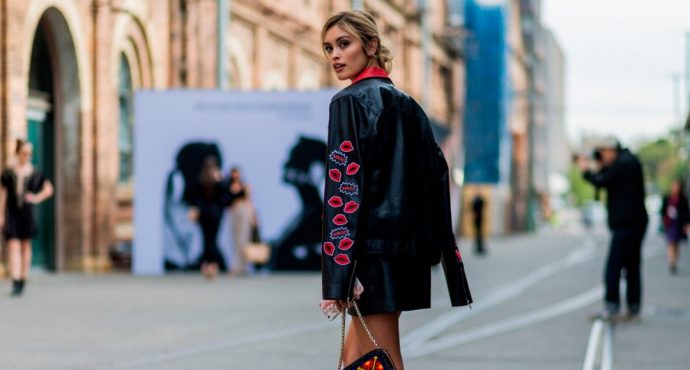 “Never, ever confuse what happens on a runway with fashion. A runway is a spectacle. It is only fashion when a woman puts it on. Being well dressed has not much to do with having good clothes. It is a question of good balance and good common sense.” –Oscar de la Renta

Since the invention of clothes, it has always been an ingrained human habit to dress every single day. Our clothes do not only serve as a means of protection to outward elements but also as a manifestation of our self-expression and creativity.

Unfortunately, while dressing up for the day is seen as a customary part of the routine, some individuals see it as a negligible part of the day that they can easily overlook. In this regard, some of us would tend to dress sloppily and without care which is in stark contrast with the individuals who dress with deliberate effort and attention. After all, there is a big difference between dressing merely to cover one’s self and dressing to show the world who you are. The former likely owns an assortment of clothes that they would haphazardly throw on to conceal rather than reveal subtle cues about their character while the latter looks a lot more put-together. Between the two, it is a lot likelier that the latter would not only be preferred and well-liked, but also taken a lot more seriously. However, while being well-dressed is in by no means a skill or talent which one can expect to adeptly develop, it might as well be so. The stylishness of the ensemble you wear is not entirely about the brand, cut, color or design of the sartorial item you have, but rather how you wear it. Style is, after all, innate and subjective in such a way that it varies from one individual to another. In any case, it matters not whether you have a preference for hip hop clothing or feel yourself gravitating towards sleeker styles. What matters is that you dress with deliberate care and make an effort.

Moreover, you would notice how dressing well can afford you some advantages in life where it would not have been available had you not dressed better. To illustrate, here are some examples:

1.) It helps you make a good first impression

This sentiment alone speaks for itself and is pretty much self-explanatory. But to elaborate, it has always been a given that dressing well aids you in making an excellent first impression. Whether you are dressing for a job interview or a first date, what you wear plays a pivotal role in the outcome of such event and in more ways than one, it makes a significant impact. Unfortunately, you only get one shot at making a great first impression, so make that one chance count and dress well.

2.) It gives you an appreciation for the more elegant things in life

Possessing great style is a step towards having a good and keen eye for well-designed things in general. Essentially this means that your great taste in clothes would soon translate to excellent taste in other merchandise and would expand from the realm of clothing to things such as architecture and even furniture design. There may even come a time in the future wherein you would buy as many clothes and would focus more on other well-designed items such as a quality piece of art, a statement piece or unique furniture.

3.) It draws the right kind of attention to you

Being dressed well attracts the right kind of attention. However, unlike “peacocking” which is a term designated for the practice of dressing up solely to get noticed, being well-dressed attempts quite the opposite. Good style does not mean loud colors that demand attention but instead, you look put together without really calling too much attention to yourself. You are distinguishable from the crowd, but not in such a way that you would totally stand out. It conveys the kind of message that there is something different about you. It should inspire intrigue as well as curiosity—so much so that people would actually want to go up and talk to you.

4.) It is a good step towards overall self-improvement

Dressing well means that you care about yourself and how you are perceived by others. By extension, this would be taken to mean that you want a more active role in improving yourself and that this is just your initial step. By finding clothes that suit not only your style and preference but your lifestyle as well you are already enhancing the way you live your life. It might seem like a diminutive aspect, but a great haircut a well selected sartorial ensemble and the like can already do you a world of wonders. You would notice it on how people treat you a lot differently. This is because they can sense and notice that there is something about you that has changed. As a result, it might even inspire you to eat healthier, spend more time at the gym doing exercise or even pursue the kind of career and life that you really want for yourself.

5.) It shows people you take care of yourself

Dressing well is a form of self-respect. It shows people that you care enough not to look like a total slob and be perceived as one. Moreover, self-respect demands the same degree of respect from other people as well so you can expect people to treat you with higher regard. It also tells people that you probably have a lifestyle to match and would be under the impression that you are someone who is unafraid to take risks and does know what they want in life. Essentially, it would also look like you have goals in order to achieve your ambitions and goals. In plainer terms, it makes you look like an individual who should be taken seriously.

Indeed, being well-dressed by itself is already a subtle art form, and it opens doors to us where there was none to our notice before. After all, our clothes, no matter how negligible and diverse is a subtle form of communication. So, make sure what you are conveying through them is what you wish to hear. Remember, quite a lot are listening to what you have to say.