Style Review: The Biggest Trends of 2016! 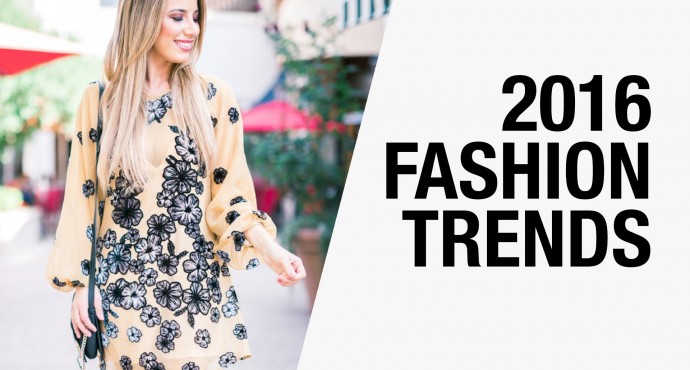 January 18, 2017 by admin
Posted in Fashion Tips for Women 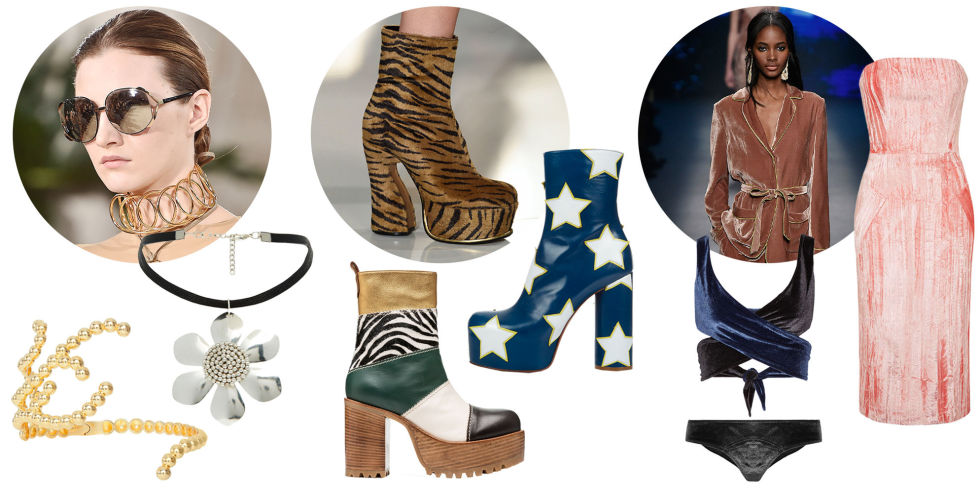 “Do not be into trends. Do not make fashion own you, but you decide what you are, what you want to express by the way you dress and the way you live.” –Gianni Versace

“Fashion is a language that creates itself in clothes to interpret reality.” –Karl Lagerfeld

Without a doubt, fashion is one of the most fickle things in the world imaginable. What is trendy today may not be so in the next year but might have the potential to be stylish again in five years or so. It is an unpredictable and cyclical phenomenon that keeps an individual’s manner and state of dress perpetually riveting and interesting. Because fashion changes every year, it means that as we usher in 2017, we all have a lot of new trends and styles to look forward to. In the same vein, this gives you a chance to give your wardrobe that much needed overhaul and update with this year’s predicted potential styles and trends.

But before going into that, let us review some of 2016’s biggest and most fashionable trends that have dominated almost every nook and cranny in the fashion world. After all, these are the trends that would help engender 2017’s biggest styles and potential fashion ensembles, so it is only right that they be given their appropriate recognition. From the ever omnipresent perfected eyebrows which women of every age sported down to off-shoulder everything trend (tops, cropped tops, dresses, etc.)—whether bought from retail or wholesale clothing, here are some of 2016’s definitive contributions to fashion:

In mid to late 2016, chokers made waves in the fashion industry and almost every style icon and celebrity was seen wearing it—from the likes of Kendall Jenner to Ariana Grande, this was one trend that was imperceptibly creeping on to everyone’s fashion ensembles. There was a wide range of styles as well from velvet, classic black, lace, diamonds and even nameplates and DIY shoelace chokers. Though almost everyone seemed to be sporting this accessory, there were innumerable ways of personalizing it which made it the most “lit” fashion accessory of 2016 that came in almost every fabric, width and color last year.

Off-shouldered apparels may have looked more at home in music festivals, boho and beach themed parties, but in 2016, almost every top possible was reimagined as an off-shouldered top and a myriad of styles were then conceived. From blousy boho tops to stomach-baring cropped tops, the variety of off-shouldered tops made it possible for women of every age to find one that was appropriate to their personal style. Bare shoulders feel sexy and flirty yet they do not give too much away which explains why this trend continues to be a dominant part of a woman’s ensemble this year.

Although some of them were no longer relevant or even remotely popular or have disbanded, vintage band tees were a huge thing in 2016. It seemed that sporting one was the ticket to being considered cool and was considered the height of casual yet hip fashion. It was the ultimate streetwear and suddenly everyone was having a bit of rock and roll touch to their clothes last year—even if they do not necessarily recognize the band emblazoned on their shirts or jackets. As long as Nirvana, Guns N Roses, Slayer or Metallica was emblazoned conspicuously in any part of your clothing—nothing else mattered. Hopefully, this trend will die with the year. Though the appeal of rock and roll is undeniably palpable, it does not bode well for the wearer to be wearing the tees of a band he or she knows nothing about just to be considered hip and cool.

Although it was hardly practical to wear anything velvet during the hotter and more humid seasons, that fact did not stop people from buying into the velvet-anything trend. It seemed like the love for velvet has transcended that of any fabric as in 2016, it seemed like everything was made out of velvet. It did not matter whether they were booties, a one-piece suit, a dress or a top—velvet rarely goes unnoticed and the lush fabric which is the very definition of luxurious elegance can be found anywhere and everywhere.

Beyond the significant rise of vintage band tees was also the rise of tour merchandise. What was once a clothing item you can buy exclusively on concert venues became a more expansive clothing line in 2016 all thanks to Kanye West and Justin Bieber. Last year, celebrities and some of the biggest names in rap and pop business have leveraged their personal brands to create concern merchandise that seemed to be more of full-fledged labels than one-time souvenirs. Many celebrities soon exploited this trend with celebrities like Gigi and Bella Hadid, Kylie Jenner and Kim Kardashian creating their own merchandise despite not actually going on tour.

Is it bedroom wear or can I appropriately wear this when going out to buy groceries? This seems to be the dominant question in everyone’s heads when slip dresses became a thing. Women started sporting dresses that look more at home in the bedroom than out of it. Although, some women gave it an ultra 90’s vibe by layering it over a shirt which compensated for its lack of material. The slip dress came in a variety of materials and came in a range of lengths and styles which made it perfect for the daytime and nighttime scene.

Last year, the trend of wearing over the knees pair of boots became phenomenal. What seemed to be a signature style of Ariana Grande became an apparent trend amongst celebrities with Taylor Swift riding on in the trend. It was certainly one way to compensate for short dresses and mini-skirts and though they hid much of our legs, it gave them the illusion of sexier and svelte legs.

After reviewing 2016’s biggest trends, it is up to you to decide which ones of these trends should stay and which ones should go. But always make room for the new trends that are about to be welcome by this year so that you can stay relevantly stylish.

One Response to “Style Review: The Biggest Trends of 2016!”